Nigeria is in the news again. Not for anything remotely positive or suggestive of a nation going through rebirth but for corruption and financial crimes. When going through news regarding Nigeria and Nigerians on any medium, one is bombarded with reports on cybercrime, misappropriation, and looting of public funds by the very individuals who are meant to safeguard them. As the nation was coming to terms with the shocking allegations of graft leveled against the head of the Economic and Financial Crimes Commission (EFCC), it was only for its senses to be assaulted yet again by mind-boggling revelations of corruption made by the erstwhile head of the Niger Delta Development Commission. The supervising minister of the commission, perhaps having been implicated in the rapacious looting of public funds in the agency under his charge or wanting to distract attention or show how they have democratised looting, lifted the lid with the claim that beneficiaries of the wanton looting of NDDC were mainly NASS members. Without a doubt, the crimes get more brazen within each news cycle, which leads one to invariably conclude that corruption and financial crimes are much more deeply entrenched in the public place than one might suspect.

Take the ongoing scandal of the Acting Chairman of EFFC who was hauled before a committee set up to investigate allegations of corrupt practices, detained and suspended for alleged looting of public funds – recovered as looted funds in the first instance. This allegation shocked the public due to the sheer audacity and irreverence of the head of the agency that is meant to fight corruption, secure, and return looted funds to the treasury. Much of this outrage stems from the fact that the current administration came into office with a hard stance on corruption. Indeed, the fight against corruption was an integral part of its campaign to address the ills plaguing the country including stemming insecurity and reviving the economy. There was resonance with the electorate as factors attributable to corruption had combined to slow down economic activities and retard gains made in socio-economic development.

As things stand, Nigeria has lost more than its fair share to looting, Chatham House estimates that US$582 billion has been stolen from Nigeria in the decades since its independence in 1960, which translates into approximately 19 times the current national budget. This is not taking funds lost through other illicit means into consideration. Imagine what Nigeria would have been in terms of development if those resources were at its disposal to address mammoth problems in education, health, infrastructure provision and so on. Due to decades of theft alongside mismanagement and other challenges, the Nigerian economy is in very bad shape, the country should not have to continue contending with theft and crime that make it difficult to attract foreign investment, to create jobs and prosperity, and get millions of people out of poverty.

Corruption and its attendant consequences are incredibly corrosive, the impact on the polity, on social mores, on socio-economic development are pernicious and far reaching, likewise its impact on international relations, international trade and commerce, and diplomacy.

Given the economic challenges they are having to contend with, Nigerians must at this juncture pause and ask difficult questions: questions that may throw up responses that are uncomfortable and unpalatable. Why has tackling this pervasive phenomenon, which every administration has sought to achieve, not had any impact? If anything, it seems to be getting worse. Does this mean the country is going about it the wrong way? What is the right way? Why is Nigeria not as effective and successful in tackling this crime as its peer countries? Or is Nigeria as ‘fantastically corrupt’ as suggested by a former UK prime minister?

For Nigeria to make progress, it must delve into the problems and understand the nature, issues and challenges that need to be tackled beyond chasing a few people and recovering looted funds only for the looted funds to be re-looted again, a paradox of unparalleled proportions. A recent report by PriceWaterHouseCoopers (2017) estimates that corruption could cost the Nigerian economy 37% of its GDP by 2030. Urgent reform of the anti-corruption landscape is therefore imperative. Nigeria has a multiplicity of agencies (Nigeria Financial Intelligence Agency (NFIA), Independent Corrupt Practices Commission (ICPC), Code of Conduct Bureau (CCB) and the more widely known EFCC), legislation, regulations and so on and so forth to suggest unambiguous resolve to fighting corruption. Unlike the other anti-corruption agencies, the EFCC possesses the most extensive collaborative mandate: firstly, the composition of the EFCC Board is wider than the others and comprises representatives of about 16 law enforcement agencies with a strategic mandate to combat economic and financial crimes. Secondly, unlike others – with the exception of the ICPC – it is understood that EFCC is the only agency that is statutorily mandated to liaise with others, hence more bureaucratic overlap requiring competence and integrity provide more room for the likely internal corruption going on now. Also worthy of note is the jurisdictional overlap between the powers of the anti-corruption agencies particularly between EFCC, the Special Fraud Unit and the Financial Malpractice Unit of the Nigeria Police Force (NPF), and overlapping jurisdiction amongst the EFCC, NPF, ICPC and CCB in respect of public-sector corrupt crimes. This overlap of functions cause abuse of legal process and lack of direction within the agencies.

Much has been made about political interference being the bane of the EFCC. It stands to reason that since politicians constitute the bulk of people prosecuted, they will try and unduly influence the office of the Attorney General which oversees the EFCC and other anti-corruption agencies. After all, the Minister for Justice who is appointed by the President is also the head of public prosecution. It would possibly make a lot of sense for the country to therefore carve the Office of the Attorney General of the Federation, and its attendant responsibilities for public prosecution, from the Ministry of Justice. A standalone office, similar to the Office of the Auditor General, would be independent, minimising   direct political interference. Otherwise the anti-corruption fight looks set to remain a pipe dream.

Another major challenge is that there is no protocol for efficient administration of confiscated assets. This is strange as it can be easily rectified with the passage of the ‘Proceeds of Crime’ bill into law.

Other capacity deficiencies have been identified as obstacles to the efficiency of the EFCC, such as lack of technical capacity of staff in terms of training and expertise that enables crime detection and the conduct of credible and forensic investigations; and operational incapacity which is supposedly due to insufficient funding. Some of these shortcomings have apparently made it difficult for international counterparts to interact with the EFCC.

Ultimately, these challenges give rise to a rather muddled and weak system which clearly does not work. The question this begs is how can Nigeria get rid of corruption? A close look at peer countries show that corruption is indeed not peculiar to Nigeria as so many other countries battle with it, albeit in varying and higher degrees of success. A 2018 World Bank study showed that in countries such as Sierra Leone and Paraguay the poor pay as much as 13 percent and 12.6 percent respectively of their income in bribes.

Developing countries are not entirely left to their devices in the fight against corruption. The World Bank acknowledged that corruption is a major threat in the realization of sustainable development goals and it routinely gives support to developing countries combating corruption, it assists member developing countries via e-procurement, forensic and biometric support. In 2015, Guinea, for the first time since the country’s independence, documented all employed civil servants with the assistance of the World Bank by implementing a biometric identification system to conduct a census of civil servants to eliminate fictitious and fraudulent positions and potentially save more than US$1.7 million through the discontinuation of salary payments. This has by no means entirely solved the corruption problem, but it is certainly a step in the right direction. Perhaps it’s time for Nigeria to start thinking in terms of simple solutions such as how the Bank Verification Number, which is already in place, could be given relevance alongside other solutions. Also to be utilized is the National Identification Number scheme which essentially aims to capture every Nigerian on a master database, because how does one embark on such a task if people are not documented and as such cannot be easily traced when solving these crimes.

For effective tackling of the corruption problem, a concerted effort led by a combination of the government, the private sector, civil society organizations and the very populace is imperative. Often, corruption to the average Nigerian is understood in terms of theft or misappropriation of public funds by those who are at the helm of affairs. However, corruption comes in different forms and if this pervasive phenomenon is to be tackled, these forms should be understood and distinguished. As stated earlier, corruption seems deeply entrenched in the society, looking at more common-place and as such seemingly acceptable forms of corruption such as the police officer who expects you to pay for your right of way, establishments producing and selling counterfeit drugs, government agencies who rather than practice meritocracy reserve top paying jobs for children of the elite, it is clear that stamping out corruption is not solely an issue of ‘political will’. Rather, it requires all stakeholders working in synergy because this problem quite simply exacerbates the gaping inequalities amongst the populace which lead to resentment and distrust of authority, which in turn lead to violence, instability and a general breakdown of social order. Maintaining the status quo is not an option to be considered as the situation is clearly degenerating, urgent reform is imperative. The constitution and all legislation setting up these agencies must be amended to address modes of appointment, structural issues within the agencies, institutional overlaps, accountability, and so on.

Moreover, given that financial crimes have evolved, it is key that we adopt up-to-date technologies to capture, prevent, detect, and deter corrupt practices. It is an indictment on the country that most of the high-profile fraud cases that have been brought to light have been conducted by international investigative agencies. From the much celebrated case of James Ibori, a one time governor, to the case of a former Minister of Petroleum Resources, even the more recent case of the fraudster apprehended by the Dubai authorities – each instance involved the use of high-tech tracking and forensic tools.

To effectively and sustainably fight corruption the country needs to focus on building strong institutions with proper structures in place, cultivating public trust and credible leadership. Nigeria can certainly turn the corner on this endemic phenomenon, but it must start by understanding it in its entirety. 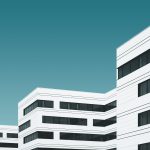