If Nigeria is to address its dire economic realities, it must diversify and intensify production activities. Transportation is crucial to this. Development of transportation infrastructure must be prioritised, and the focus should be on moving people and goods cost-efficiently and swiftly. Rail has an edge over road because of the economies of scale.

In recent times, rail infrastructure in Nigeria has received a lot of attention, largely due to the controversial loans being taken up for its construction. Concerns about the practicality of the routes and economic viability have been expressed, these concerns are of course valid. The question foremost in the minds of most is: Why is the country taking out loans for projects that are of questionable feasibility and viability?

The justification adduced for the specific projects that are being developed is that the existing lines are being expanded to carry more passengers and more cargo, and new routes will be added to enhance the system, which would ultimately aid economic development. However, when looking at the plans and structure in place, this does not seem to be the case. Undoubtedly, there is need for rail infrastructure, but can we really say that the form proposed serves the interest of the people or promotes economic growth? Take for instance the Abuja- Kaduna rail line, the commercial or economic rationale behind its existence is difficult to see. It has no haulage provision, which means cargo cannot be transported even assuming there were bulk goods to move this way or that. It simply conveys a fraction of the passengers that travel between Abuja and Kaduna at high operational costs that cannot be justified or recovered – even with the recent 100 percent price hike.

The existing rail infrastructure must be understood within the context of British colonial rule. In fact, to understand rail infrastructure in Nigeria in its entirety one must go back to its inception towards the tail end of the 1800s and in the early 1900s. Two major routes were built – the Western Line and the Eastern Line. These were not for the benefit of the country, but rather to facilitate the transportation of agriculture produce and mineral resources such as coal from the hinterlands to ports for ships bound for Britain, a model the British deployed in all their ‘colonies’ and which greatly helped the British economy develop. It is worth noting that the Jos-Kaduna spur, for example, was built solely to move tin from the mines in Jos to port in Lagos. The tin companies requested the track be laid, and the investment soon paid off. Over a hundred years later, with the affairs of the country in Nigerian hands and with a completely different take on what would make the economy thrive as opposed to what would favour those at the helm, the country surely should be building a railway system that will enhance production, expedite movement of goods and people, and have a positive impact on prices.

The Eastern Line, also known as the Port Harcourt – Maiduguri Rail Line, is another problem child. It was originally built to transport coal mined in Enugu to ports, in Port Harcourt, specifically created for the export of coal. The coal mines have long since been moribund and perhaps more pertinent is the fact that no exportation of coal will take place in the foreseeable future due to environmental concerns. It is quite difficult to see the bulk goods to be moved south from Maiduguri or Bauchi in the North East of the country. Is the project to resuscitate the Eastern Line linked to a focus on opening up the mineral reserves in Bauchi and Gombe, perhaps as part of the much talked about economic diversification? Based on the recent antecedents, it is safe to assume that emphasis has been placed on passenger traffic. The pertinent question is: How many passengers actually move regularly from Maiduguri southwards to justify the enormous investment, and more to the point, in order to recoup it? It is important to note that the estimated cost of the Port Harcourt- Maiduguri rail is US$15 billion, a non-insignificant amount for a project with questionable viability.

Rail infrastructure should not be built for its own sake or to give a semblance of development. The primary purpose of infrastructure is to aid economic growth; this is one of the key drivers in investing in transport infrastructure. Therefore, when embarking on any project, clarity on the purpose, who the infrastructure will serve, its positive impact on the economy, economic viability, etc. must be ascertained at the conceptualisation stage. It is important to make sure that these certain conditions are in place before embarking on such projects.

To achieve the above, transportation infrastructure (road networks, rail, ports, etc) must be planned and constructed to connect areas of production to markets. Achieving this will enhance trade as well as reduce waste, and there would be a marked increase in production. Imagine the economic implication of moving a staple such as tomatoes from farms in Maiduguri to markets in the south at minimal cost and optimal level of freshness due to increased speed of delivery. This simple action would invariably reduce cost as high transportation cost increase prices and drive inflation. Even as appealing as the arguments on quality and cost are, it is still important to undertake the viability studies to ascertain that  the volume of tomatoes (and other commodities for that matter) that can be grown in Borno State and others along the rail corridor justifies the multi-billion-dollar investment.

Apart from improving quality and cost efficiencies, an effective working transport system also promotes competition and market development and would create a multiplier effect spurring the creation of warehousing, logistics, manufacturing business growth, etc. As such, studies and analyses should perforce focus on reducing the cost of transportation and ensuring inter connectivity of routes for viable trade and carriage of passengers and commodities, job creation and poverty reduction. Other factors that as a matter of routine be considered before embarking on such investment include pricing and recovery of investment, not to mention regulation and coordination. It is not until these conditions are fulfilled that viability of the infrastructure can be ascertained. This way, there would be certainty in meeting debt obligations without adding more to the growing debt burden Nigeria is dealing with. To date, sadly, there has been no mention in the public domain that such serious studies have been made or how best to deal with contingent liabilities that default poses.

Photo by Johannes Plenio from Pexels 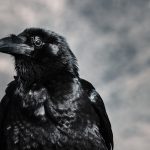 Why the Electricity Industry Fails to Serve the Nigerian Economy

Electricity Tariff Increases: Celebration or Cause for Concern?

To Strike or Not to Strike, That is Not the Question