In the midst of the COVID-19 pandemic, the Federal Government has just announced that it is cutting the primary healthcare budget by 42% to N 25.5 billion. As published by the International Centre for Investigative Reporting ICIR on Tuesday 2 June, “according to the revised document seen by Dataphyte, the Federal Ministry of Health had a downward cut of ₦15.17 billion.” By contrast capital expenses not touched include ₦6 billion for OSSAP: Special Projects and ₦10billion for Office of the Senior Special Adviser to the President (OSSA).” The news has predictably been greeted by public outcry.

Research undertaken by TAPI shows that the alarm bells should have started ringing much earlier as the cut is just the most recent example of how national healthcare has been consistently deprived of resources.

Nigeria committed to Sustainable Development Goal 3 ostensibly to “ensure healthy lives and promote wellbeing for all at all ages” by 2030. Yet a look at the financing of the healthcare sector suggests that the commitment is vacuous and swiftly becoming a pipe dream. Back in 2001, the Federal Government in concert with other major African nations signed the famousAbuja Pledge to spend 15 percent of each annual budget on healthcare. Fast forward to today: Were the primary healthcare budget just announced to constitute all government healthcare spending, then it would mean the total Federal budget was only N170 billion! That is how far short of the mark spending has fallen.

Facts are sometimes painful to accept, and one such fact is: The Federal Government has never since 2001 met its pledge. Paper, as the saying goes, is patient, and once the ink had dried on the pledge it evidently simply became another piece of paper in a drawer. A quick glance at other international benchmarks for the public healthcare financing such as ratios of expenditure to GDP or staffing levels, which are crucial for provision of primary healthcare, shows that the Nigerian picture is dire.

The first set of statistics evaluating Nigerian government healthcare expenditure is the absolute figures for federal budget allocations, whereby we distinguish between recurrent costs and capital costs. The Ministry of Health budgets over the last six years are captured in the graph below

In absolute terms the budgeted figures thus increased, whereby the rise has not been nearly as significant for capital spending as it has been in recurrent expenditure. However, the figures gloss over reality. Actual budget releases for capital expenditure were nowhere near as high. (For simplicity’s sake, we have excluded allocations to National Primary Health Care Development Agency and National Health Insurance Scheme because they together formed a negligible ratio of the whole of less than ten percent.)

If we assume a 100% performance for recurrent expenditures as actual recurrent releases always trail the budget, and focus on the 2014-2019 time series, we see that only in 2016 was the budget volume released anything near the figure actually budgeted.

If we aggregate the numbers, a total N191.65 billion was released for capital expenditure over the six years, or on average N31.94 billion p.a. for an average population of some 175 million (starting at 161.5 million in 2014 and rising to 190 million in 2019). Put differently, annual per capita capital expenditure for the period was a mere N 182.49.

When population growth and inflation are factored in, a better of idea of the real budget figure emerge. The National Bureau of Statistics (NBS) database gives average year-on-year inflation rates for the years 2014 to 2019 inclusive, as 8.0%, 9.0%, 15.62%, 16.55%, 12.15% and11.39%, respectively. The difference between the Ministry of Health budgets for 2014 and 2019 is therefore 40.9% in nominal terms. Discounting for average inflation of 11.39% in 2019 implies that government expenditure for health over the period dropped by 0.4% in real terms. Let us further assume population growth of 3% per annum., population growth over the 2014-2019 period of 15.9%.Health expenditure per capita in real terms thus amounted to N 1,407, down from N 1,638 in 2014. In other words, government health expenditure per capita fell between 2014 and 2019 by 14.1%! Moreover, this fall does not even factor in the significant change in the Naira-Dollar exchange rate during the same period… (it fell from N 164 to N 305). Since many of the drugs and medical equipment have to be procured abroad, the value of the health expenditure dropped 47%,

To shed some light on the benchmarks and the pledges, attention is turned to FGN health expenditure in relation to GDP and FGN Revenue over the same period. The story that emerges is bleak: The last five years have not seen growth in healthcare spending, they have seen a decrease. Meaning that the system lags ever further behind the targets.

The figures fall far short of the benchmarks discussed above of the Abuja Pledge of 15% or the 4-5% of GDP recommended by WHO to achieve universal health coverage.

Turning attention from financing to staffing levels does not yield grounds for optimism. The WHO reports and other peer-reviewed studies reveal that the growth rate in staff per 10,000 members of the populace has flatlined since 2004. In absolute terms, the number of doctors, midwives or nurses in Nigeria are grossly inadequate to provide primary healthcare at the level WHO recommends. For this to be achieved, staffing levels must grow at an annual growth of 7.5%.

Another expression of the fact that government healthcare expenditure has actually dropped in the 2015-2019 period with dire consequences is in regards to infant, under-5 and maternal mortality compared to many of its peers. This is one of the areas investigated in the TAPI research – Nigeria is compared to Ethiopia, Indonesia, Kenya and South Africa. When attention is turned to death rates attributed to malaria and tuberculosis, the picture that emerges is the same. With government’s avowed determination to create jobs, it stands to reason that addressing incidence of malaria estimated at 57 million cases of malaria per annum would positively impact productivity.

Equally worrying, healthcare in Nigeria today is mainly something accessible only to those who can privately afford it as an out-of-pocket (OOP) expense. A glance at the figures for the period covered in this study from 2014-2016 reveals the following:

OOP expenditure compared to combined spending by the states and local government authorities (S&LGAs) for 2015 show that total S&LGA expenditure came to a mere 10.43% of OOP. In 2016, the comparable figure was only 6.51%, and the relationship was clearly skewed even further toward OOP healthcare spending. If we include the Ministry of Health budget alongside the S&LGA outlays, then total public-sector expenditure for 2015 and 2016 still mounted to only 21.03% and 15.4% of the respective OOP expenses.

This shows that the Nigerian populace is directly paying for healthcare. Evidence suggests this has been the case since 2006. Since then, out-of-pocket spending has increased by almost 20% over the period reviewed, government spending fell by close to 7.5%. For a large section of the population such payments amount to “catastrophic health spending”, meaning they constitute more than 10% of the household’s possible spending. The household then faces a catastrophic decision: Choose between healthcare or other necessities in life.

Note also thatless than 5% of those eligible are signed up to the NHIS. TAPI research shows that many rural communities are starved of primary healthcare facilities, as the health centres are located in main towns in the relevant ward or LGA. The situation is compounded by the fact that as the World Bank has outlined, the cash primary healthcare centres have at their disposal tends to stem from “user fees” (even for services that the 2014 National Health Act says should be free).

As one of Nigeria’s main lenders the World Bank offers a sobering assessment of Federal Government health financing:

“Low government health spending over the last two decades has limited the expansion of highly cost-effective interventions, stunting health outcomes and exposing large shares of the population to catastrophic health expenditures.Nigeria spends less on health than nearly every country in the world. … Funding for primary health care is especially affected as the bulk of spending occurs at the central level and is focused on tertiary and secondary hospitals.

Primary health centres receive little to no operating budget.Primary health centres are meant to receive cash and in-kind support through the various fund flow arrangements … However, the 2016 National Health Facility Survey (NHFS) confirmed that on average providers received salaries with a two-to-three-month delay and only a third of facilities received any form of cash grants to meet their operational costs.” (World Bank 2018)

And now the Federal Government of Nigeria has further cut the primary healthcare budget. When what it should be doing is massively increasing it if it is to provide primary healthcare to all the country’s citizens as per SDG 3. Before the cuts were announced, Nigeria was already spending well over three times its healthcare expenditure on debt servicing. We can therefore only assume a general lack of political will to achieve SDG 3 is the cause of the malaise.

The conclusion can only be that government has not dared prioritize healthcare over other sectors and that unless it does the situation will not change and funding will continue to fall. Alternatively, government must look for alternative sources of financing. To say that there is already a state of emergency in the Nigerian healthcare sector as regards financing is to understate the magnitude of the problem. Capital and operating expenditures need to be radically increased (infrastructure, drugs and medicines, human resources). The original commitment to 15% of budget as stated in the Abuja Pledge would be a minimum starting point in light of the number of years of ‘negative’ investment in healthcare when compared to population growth. To paraphrase the old chestnut: If there were political will then there would be a way.

Image by Arek Socha from Pixabay 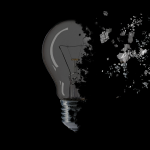 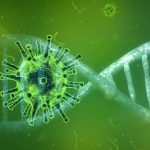 Corruption – Same As It Ever Was?