As any economist or industrialist will tell you, electricity is a key enabler of the transformation of goods. Most transformation of goods and productive activities cannot take place without energy, and electricity is ranked as the main form of energy. The positive relationship between energy and economic growth is a given. There is ample evidence to this effect – a recent study of 10 Latin American countries over a 36-year period showed that for every 1% in energy consumption, there is 0.59% increase in GDP. What, however, is not unambiguous is what is cause and what is effect? While the preponderance of empirical evidence establishes a unidirectional run from energy consumption to economic growth, some countries exhibit the converse. Nigeria is one of those. The obvious conclusion must be: Electricity has crippled the Nigerian economy. Not because of the erratic and inadequate nature of electricity supply but the fact that the main sectors that dominate the Nigeria economy – agriculture, manufacturing and services – are rarely the focus of electricity industry supplies. Put differently: The national grid to which we dedicate large proportions of national resources to rehabilitating first and foremost serves residential customers and then only those who are close to the distribution lines.

This is a problem that policymakers have consistently eschewed. Even if we manage to increase power generation and distribution to 6,000, 7,000 or even 10,000MW, the effect on the economy can be expected to be negligible. The main reason for this is not complicated: Usually, industrial and commercial consumption form the hub of any electricity grid. In Nigeria, however, the grid has metamorphosed into a network serving primarily domestic consumption. This transformation was largely brought about by poor electricity services as factories and industries have suffered under the weight of irregular power supplies, very high prices relative to cost of service and as a result either closed down or sought alternative, reliable supply sources, usually investing significantly in own-generation. , However, it would be misleading to focus on poor power supply as the sole culprit. There are other issues and challenges ranging from the lack of other critical infrastructure and transportation, the absence of a supporting national industrial development plan, inconducive macroeconomic conditions, lack of economic goals etc., all of which are factors relevant to explaining the parlous state of the Nigeria economy.

That said, there are most definitely operational and systemic issues that come within the ambit of the electricity supply sector and have hobbled its ability to help drive economic growth. These include a lack of knowledge of the country’s demand and power requirements (believe it or not, the operations and development of the sector are based on guesstimates and not on any rigorous demand study), high technical and commercial losses, the misalignment of constituent sectors, the narrow choice of generation technologies, etc. Moreover, we should not forget the regulatory issues such as the flawed tariff methodology that consistently causes prices to diverge from an efficient cost-of-service delivery, and wrong-headed policy or practice of gas industry placing the power industry further down the pecking order. Or the simple fact that generating companies pay for their gas and purchases of equipment in dollars but are paid in Naira for electricity supplied and consumed.

From the above, it follows that the poor electricity supply has blighted the socio-economic landscape. Yet, if fundamental changes are not made to redirect the role electricity should play in promoting economic growth, job creation and poverty alleviation it looks set to continue to wreak havoc. At present, the Nigerian electricity supply industry (NESI) functions like a disguised version of the old subsidy on petrol at the pump. The government is busy subsidizing residential electricity users rather than focusing on the economy. For manufacturing and agriculture, NESI has long since become our Nessie (the elusive monster of Loch Ness) – given that it has been a long time since they last experienced adequate and reliable electricity. Yet the government ploughs over half a billion dollars just into covering NBET’s bills each year and is about to use a similar amount for the Presidential Power Initiative.

This being where we are today, we should endeavour to make sure this is not where we remain. Central to this is the need for inclusive economic growth. Why inclusive? The growth the economy posted between 2000 and 2015 did not create jobs, and that is why despite an increase in national GDP, the incidence of poverty increased substantially. Indeed, with the recessions since then, Nigeria has emerged as the “Capital of Poverty” in the world, and unemployment has risen at an alarming rate especially among the youth.

What is overly obvious is that a change of approach in addressing the problem is required. As things stand without focusing on how to generate prosperity and employment to improve the welfare of Nigerians, more people will fall into poverty with all the attendant dire social consequences. The latest releases on unemployment and inflation – and they shockingly stand at 27.1 percent and 12.82 percent, respectively – are sad testimonies to this reality. According to the latest NBS unemployment report, one in every two Nigerians in the country’s labour force is either unemployed or underemployed. At the same time, updated data from the World Economic Forum shows that Nigerians spend more on food than any other country in the world. Food takes up an astonishing 58.9 percent of Nigerians’ income. Talk about a disconnect. These statistics are grim as inflation and weak economy continue to erode household income.

Creating productivity and jobs will require improving productivity and expanding the economy’s productive base. Electricity has a crucial role to play here in the growth of the key sectors that will drive the growth, namely agriculture, manufacturing, and services. For electricity to perform this function a vastly different approach to generation and supply would be required. The improvement in productivity and expansion of agriculture require irrigation, mechanization and storage facilities – and these activities require energy and not all of it electricity and where electricity is most efficient form of energy, it need not be grid-supplied. Modern technologies that can be harnessed abound – at costs that are comparable to grid electricity. Manufacturing requires not only energy but energy that is provided efficiently and at reasonable costs. Only then will our industries be able to compete with imports from China etc. and will we be able to stop the drain of foreign currency out of the Treasury. It is important to state that while adequate and reliable power is critical and needs to be planned carefully, it must be complemented by an efficient transportation infrastructure, access to capital, an upskilled productive labour force etc.

Addressing the problem must be from a holistic perspective: Clear outputs and outcome-based indices must comprise the goals and targets in a comprehensive economic plan. Resources must be allocated to address specific problems, with a clear monitoring and evaluation framework to ensure there is enhanced performance. Nigeria must once and for all stop spending scant government revenues in the hundreds of billions of Naira in a way that does not address the fundamental problems of the industry and, moreover, further deprives other sectors such as education and health of much needed funds. Throwing money at the electricity industry without demanding a commensurate improvement in services that is transparently linked to addressing unemployment and income generation is in essence throwing money down the drain. Worse still, it simply delays the underlying socio-economic problems for a later day.

Image by Tom Swinnen from Pexels 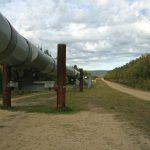 AKK: The Project Pipeline or The Pipeline Project? 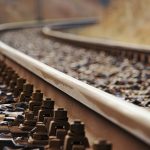 The Road to #EndSARS

On Rail Construction to Niger Republic